The key that unlocks happiness

Certainly on this Sunday, we can get stuck on the notion of authority and who it has been given to.  This is important, so it makes sense.  But for each of us, individually, perhaps there is an even greater theme here.  Peter's confession of faith is a key that unlocks for him more than he had imagined; but it didn't come by chance.  It grew out of a relationship with Jesus - the "keymaster", if you will - and we are called to enter into that relationship, too.  May we find the key to happiness in our relationship with Jesus: the faith that unlocks for us God's plan for our happiness and the further building of his kingdom.

Becoming small so as to be heard

How often do we pray and feel like we do not hear a response?  The woman in today's Gospel knows this feeling, but she did not let it discourage her.  Desperate for her daughter, she acknowledges her own lowliness before Jesus - becoming small - and so is heard and receives the answer to her prayers.  We, too, must acknowledge our lowliness before Jesus, because it is the lowly that he is most attentive to. 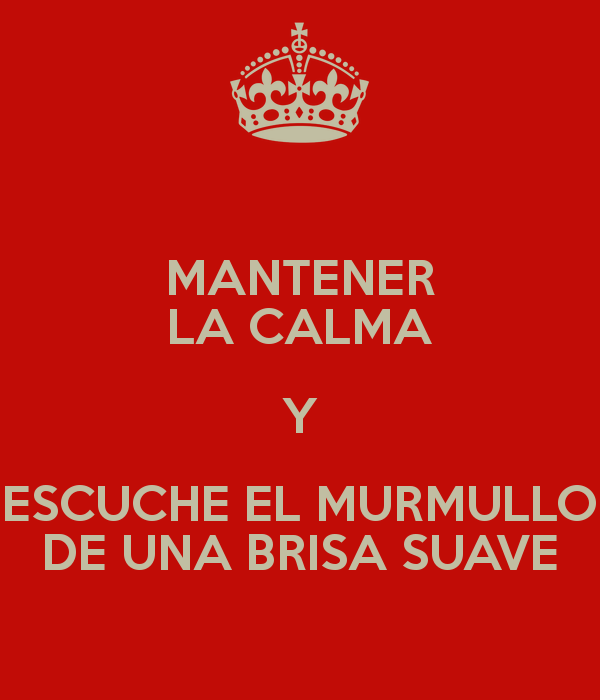 Keep Calm and Listen to the Tiny Whispering Sound

As evil continues to storm the world - most especially in the Middle East, and particularly in Iraq, over the past few weeks - it can be easy to be overcome by anxiety and fear.  But Jesus comes to us in the midst of the storm and calls us to him.  Perhaps now, more than ever, we need to be reminded to "keep calm". 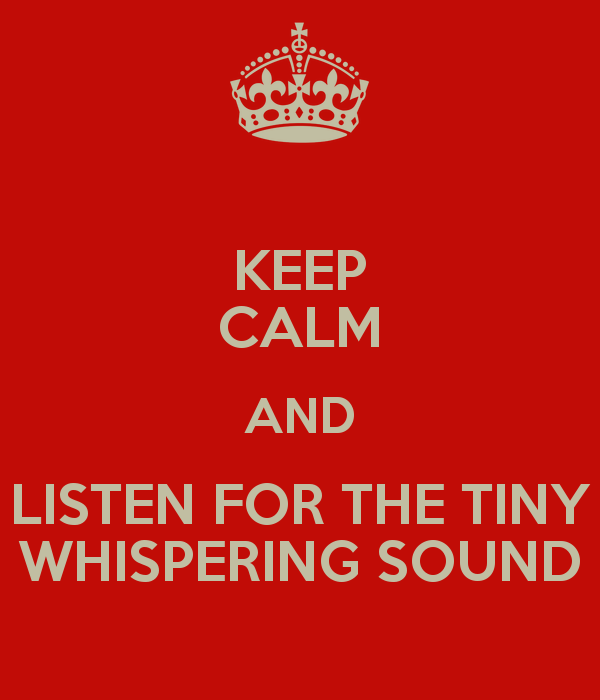 Homily: 19th Sunday of Ordinary Time – Cycle A
Keep Calm and Carry On is a phrase that I’ve seen posted on t-shirts, coffee mugs, and Facebook profile pictures so often in recent months that I was inspired to inquire as to its origin.  What I found was that this phrase (and its particular graphic presentation) was used on a motivational poster that the British government produced in 1939 just before the beginning of the Second World War.  It was intended to raise the morale of the British public in the aftermath of what they widely predicted would be massive air attacks on major cities after war broke out.  The poster, however, never actually received public display and most of the original posters disappeared.  In the year 2000, a stash of these originals was uncovered and one of them was displayed.  It quickly grabbed attention and companies (just as quickly) began mass-producing copies.  A sub-culture has grown up around it and modifying its second clause according to the interest of a particular group has become quite popular (for example, Catholics might modify it to say “Keep Calm and Go To Mass” or “Keep Calm and Pray The Rosary”).  I mention this because I think that there is a “Keep Calm” message in our Scripture readings today.
In today’s first reading, we hear of an encounter between the prophet Elijah and God.  For forty days Elijah journeyed through the desert to Mount Horeb, where he then took shelter in a cave.  Perhaps to us, these facts seem simply to be background to the story of God’s encounter with Elijah.  Yet for the Hebrew people, each of these details would have had a powerful impact on their interpretation of the story.
The forty day journey in the desert would have reminded them of the forty year journey of the Israelites through the desert and into the Promised Land.  And, while most of us might not make the connection, the ancient Israelites would know that Mount Horeb, where Elijah ended his journey, is also known as Mount Sinai, where Moses received the Ten Commandments and where God formed his covenant with the Israelite people.
There, God called Moses up to him on the mountain and spoke to him.  When he did, the people heard loud peals of thunder and the earth shook beneath them.  Thus, you can imagine that it was quite a shock to the Israelites when they heard that, when God called Elijah to come out to meet him, God was not to be found in the strong wind, the earthquake, or the fire.  Elijah, even though he was intimately aware of the way God had spoken to his people on that very mountain, did not presume that God would speak to him in the same way.  Rather he kept calm and listened with a discerning heart to hear the particular way that God would speak to him and instead found the Lord in a tiny whispering sound.
In our Gospel reading today, we hear the continuation of the story we began last week.  After feeding the five thousand with just five loaves and two fish, Jesus sends the disciples ahead of him, dismisses the crowd to their homes and finally gets the “alone time” he was looking for.  As Jesus spends the night in prayer, Peter and the disciples find themselves fighting against a rough sea.  Thus, as Jesus approaches them, the disciples, already stressed out, react as if they are seeing a ghost.  Jesus calls out to them in what must have seemed to be a “tiny whispering sound” amidst the crashing of the waves in the tumultuous waters.  Even amidst this chaos, however, Peter, like Elijah, kept calm and discerned the Lord’s voice; and then asked that the Lord would call him to him.  He could do this because, in times of calm, he spent time with Jesus, building a relationship with him and getting to know his voice.  Thus, in times of distress, he could keep calm and hear the particular way in which God was speaking to him and calling him close.
The challenge of discerning God’s voice in the midst of our noisy world is greater than ever.  That is why it is ever more important to build a relationship with God in times of calm, so that in times of storm and distress we can keep calm and thus know which voice to listen to.  A child lost in a shopping mall is made deaf by his anxiety until the voice of his mother breaks through, calling him to her.  God calls us to this kind of relationship, a relationship in which we come to know and trust his voice, so that when we are tossed about by the waves of the world, we will keep calm and hear him calling to us in the tiny whispering sound.
My brothers and sisters, if this encounter with the Word of God—the Living Word contained in these Scriptures—calls you today to pursue a deeper relationship with God, then it has fulfilled the purpose for which it was sent.  If it hasn’t, I invite you to look again at this Word and to pray for the wisdom to understand the particular way that God is speaking to you through it.  Either way, let us recognize that in this church, which is our boat amidst the rough, rude sea of the world, Jesus comes to us in the form of the sacrament offered here on this altar and calls us to him: saying, in a way, “Keep Calm and Listen For The Tiny Whispering Sound”.  Trusting in the faith handed down to us from the disciples who were with him on the sea that night, let us come now—unreservedly—to receive him and give him homage.

Heeding the Lord and being satisfied

Well, I made it back from vacation in one piece and I had a great time.  I was off in Oregon and spent a lot of time in the woods (notice, I didn't say wilderness, because these were all pretty well trafficked parks), a great time with my friend Debbie, and I was able to see the ocean (well, a little bit).  Bookend that with visits to my family in Illinois and I have to say that it was a pretty fruitful vacation.  Thanks to Fr. Mike for taking on the extra load at the parish so I could get away.